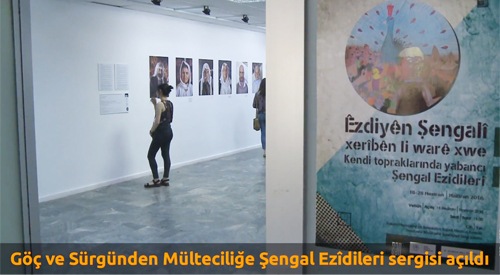 Article 1-The foundation’s name is “Zan Sosyal Siyasal İktisadi Araştırmalar Vakfı” (Zan Foundation for Social, Political and Economic Studies) It shall hereinafter be only referred to as the “foundation”.

HEADQUARTERS OF THE FOUNDATION:

Article 2- The headquarters of the foundation is in the province of Diyarbakır, the county of Yenişehir, in the address of Lice cad., No:1, D.7. This address can change with the board resolution. The foundation may open branches and representatives at home and in abroad through a Board Resolution.

Article 3- The foundation is established to carry out and help to carry out the scientific academic researches on all kinds of subjects in which the fields comprising of social, political and economic sciences on Turkey and Middle Eastern societies are addressed with an interdisciplinary approach in order to to sheld light on sheltering and others issues related to urbanization which are the main social problems arising out of the interaction the people have in the context of urbanization and immigration, to search for solutions to these problems and to develop applied projects, to contribute to the national and international publications in these fields, to hold various national and international conferences, symposiums, colloquium, etc. in these fields  and participate in the activities to be held, to gather and archive the information obtained, to get support from and support the people and organizations working in this field, to develop projects in the field of social policy and to carry out studies for the implementation of these projects.

ACTIVITIES OF THE FOUNDATION:

Article 4- In line with this purpose, the foundation publishes magazines, books, brochures and the like via internet or print and organizes symposiums, conferences, panels, seminars and organizations to promote these works, gathers documents about work fields, establishes archive and documentation centers, institutes, makes documentary films and similar films, makes organizations for the promotion of scientific, cultural, artistic and literary works, develops alternative geoeconomic-socioeconomic models for urbanization and housing production, searches for and implements suitable alternative business and studies models for this purpose, works to realize the targets set at the global level and the local level in cooperation with national and international institutions on the basis of sheltering and other urban rights. In this context, the foundation grants scholarships to successful students and researchers by sensitizing the civil society as a whole and ensuring its participation in the work, as well as the central government and local governments; makes collaborations and partnerships with the national or international institutions and organizations that have similar activities, opens branches both inside and outside the country when necessary.

ACTIONS AND TRANSACTIONS THE FOUNDATION CAN PERFORM TO ACHIEVE ITS PURPOSES

Article 5- The foundation is authorized and allowed to possess movable and immovable properties by way of donation, inheritance, purchasing and leasing in order to achieve its objective, sell, transfer and release, those owned by it pursuant to provisions of the law regarding foundations, collect and spend proceeds from the same, use one or more than one immovable property and proceeds thereof that are part of the foundation’s wealth as investment once or more than once, manage and dispose of movable and immovable properties and proceeds of the same which become its property by way of donation and inheritance, purchasing and by other means on the condition of not being in breach of the foundation’s objective and fields of service, acquire real estates and evaluate and sell the same in line with the foundation’s objective, cooperate with domestic and foreign foundations and real and legal entities that are engaged in works similar to that of the foundation, receive aid, enter into agreements to obtain such aid, accept in-kind rights apart from ownership of immovable properties such condominium, usufruct, residence, pledge and mortgage and right of construction, utilize such rights, receive all sorts of guarantees including pledge and mortgage over movable and immovable properties for present or future agreements to be entered into, accept valid bank guarantees, borrow funds , when necessary, in order to achieve the foundation’s objective and fields of service, give surety, pledge, mortgage and other guarantees, derive income from projects and all other works to be conducted in accordance with the foundation’s objective and fields of service, and establish economic enterprises and partnerships that are to be operated ink accordance with ordinary principles of operation in order to derive income for the foundation, participate in those existing partnerships, directly operate the same or have them operated by an operator under its control, and engage in ventures, dispositions , property acquisition , constructions and entering into construction and similar contracts that may be deemed beneficial and necessary for realization of one or all of the foundation’s objectives and fields of service, conduct seminars, conferences, panels, symposiums, etc. on these issues in order to produce projects through collective and cooperative methods in a sustainable way, make educational and promotional activities and spend the revenues obtained in the course of the works in line with the aims of the foundation, establish and operate all kinds of partnerships, economic enterprises, aid boxes, carry out coordinated works with public institutions and organizations, Municipalities, Universities, Trade and Industry Chambers, Tradesmen and Occupation Chambers, Businessmen's Associations, Trade Unions and NGOs, develop and realize joint projects, develop dialogues and joint projects and cooperate with other associations, foundations and non-governmental organizations; associations, foundations etc. established for the same purpose, open schools for students, libraries, classrooms, study houses, course places, institutes, scientific research centers and schools at all levels and collect in-cash andkind financial aid for their purposes, organize cultural and artistic events, income-giving exhibitions, concerts, festivals, entertainment nights and meetings with or without dinners, participate in all kinds of national and international aid campaigns, grants, credits, etc., authorize competitions related to its fields of activity and to award prizes and to organize charitable activities according to the Law on Charity Collection  No. 2860, as outlined in Article 48 of the Turkish Civil Code.

The foundation may not utilize foregoing authorities and revenues for purposes forbidden by the Turkish Civil Law.

ASSETS OF THE FOUNDATION:

BODIES OF THE FOUNDATION:

Article 7- The bodies of the foundation are shown below;

Article 8- Board of Trustees of the Foundation are the real persons, whose names are written below and whose signatures are affixed under this foundation deed:

DUTIES AND POWERS OF BOARD OF TRUSTEES:

MEETING DATES AND QUORUM FOR BOARD OF TRUSTEES

Article 10- The first meeting of the Board of Trustees shall be made within one month after the registration of the Foundation.

Board of Trustees may also convene extraordinarily when deemed necessary by the Board of Directors or upon request by minimum one third of Board of Trustees members in writing. Issues not listed in the announced agenda shall be discussed neither in ordinary nor extraordinary meetings. However, with the written suggestion of minimum one tenth of the persons present in the ordinary meeting right after the Board is formed; items can be added to the agenda, except for issues of deed amendments and issues that would vest responsibilities to the Foundation and its bodies. The date, time, venue and agenda of meetings are to be notified at least 7 (seven) days before the date of meeting by registered mail or a notice to be delivered against signature.

The number of votes necessary for Board of Trustees decisions in one more than the half of the number of attendees. In case of an equality of votes, the chairman’s vote shall be counted as two. Voting method is also to be determined by resolution. Each member has a right to one vote. Members who cannot come to a meeting may assign another Board of Trustees member as an attorney. A person may not act as an attorney for more than one person.

Necessary number for resolutions related to amendments, modifications or additions to the Foundation Deed is two thirds of the full number of members.

Meeting quorum is 3; resolutions are taken by majority. In case of an equality of votes, the chairman’s vote shall be counted as two. Resolutions taken are written in the notarized decision book and signed.

DUTIES, POWERS AND RESPONSIBILITIES OF THE BOARD OF DIRECTORS:

Article 12- The Board of Directors is the administrative and executive board of the Foundation.

With this title, Board of Directors:

REPRESENTATION OF THE FOUNDATION:

Article 15- Board of Trustees determines whether any attendance or other fees to the members of the Board of Directors and the Supervisory Board who are not public officers, and determines the amount if it is to be given.

REVENUES OF THE FOUNDATION:

Article 16- The revenues of the Foundation are shown below:

WHERE TO ALLOCATE AND SPEND FOUNDATION REVENUES:

AMENDMENT OF THE OFFICIAL DEED:

Article 18- Amendments to Foundation Deed are made upon the approval of at least the two third (2/3) of the Board of Directors or Board of Trustees, and of at least one fifth (1/5) of the board of trustees.

TERMINATION OF THE FOUNDATION:

Article 19- If the Foundation is terminated for any reason, its properties and rights remaining after the liquidation of its debts shall be assigned to Göç Vakfı (The Migration Foundation).